About 20 members of the St. Louis Historical Society got an intimate view of the Newton House, one of St. Louis’ most historic buildings, Tuesday evening.

Built in 1874, the house was the home of James Newton, an early landowner in St. Louis who owned everything from State Road to Monroe Street (now M-46).

Melody Lineker and her fiancé Brad Wills bought the house a year and a half ago, becoming the ninth owners (give or take one or two).

Wills said Lineker, who has a passion for historic houses, knew she wanted the house immediately after seeing it. “As soon as she walked in the door our house shopping was done,” he said.

The previous owner updated much of the interior, leaving the exterior to Lineker and Wills. So far they have painted most of the exterior wood and have plans to do much more.

This is the east side of the house, facing Franklin Street.

The west side of the house, facing South Main Street.

This shot, taken from the south, shows a modern garage that a previous owner added. 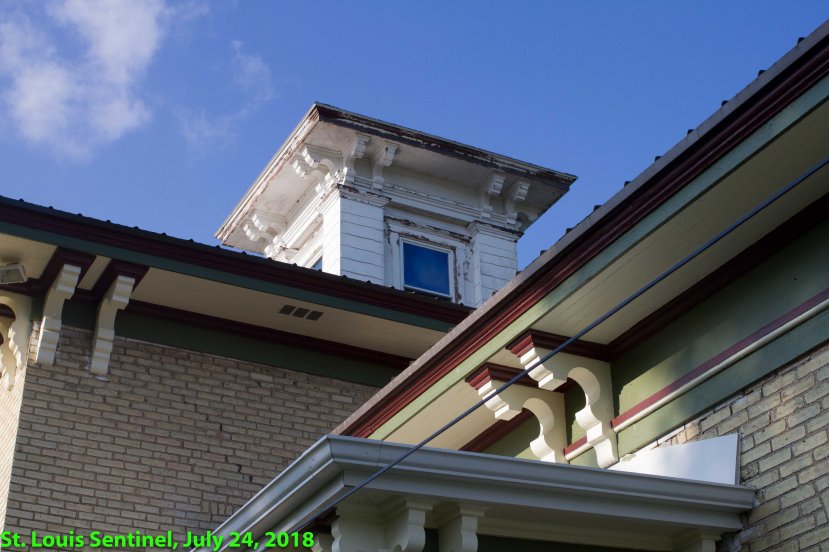 The outside trim has been repainted by the new owners.

Looking southwest from the cupola on the roof.