Over 100,000 pounds of toxic waste have been brought up from underground during this summer’s heating process at the Velsicol Chemical Superfund Site in St. Louis.

Despite the shutdown of many EPA cleanups around the country, the thermal remediation project in St. Louis has continued.

The present cleanup area is about one and a half acres of the 52-acre site.

A tanker is filled with toxic waste at the Velsicol site.

The waste is trucked to an EPA-licensed commercial facility in Arkansas where it is incinerated.

The EPA’s contract with the thermal destruction company Cascade called for the underground heating to cease on July 7. Alcamo said there has been no reduction in the amount of waste coming up, so heating will continue until “diminishing returns” are seen.

At present, the soil and groundwater have been heated to 110 degrees Centigrade at a cost of $1 million a month. The heating elements extend as far as 37 feet underground.

The temperature is high enough to liquify the thick, viscous DNAPL, allowing it to be drawn up in wells, along with groundwater. From there it goes into a weir tank that allows the DNAPL to sink to the bottom where it is later pumped off into the tanker trucks.

Alcamo said this DNAPL is different in appearance and consistency than the DNAPL drawn up from Area One.  Samples have been sent to labs to determine the constituents.

Eventually, the thermal treatment process will be used across the Pine River in the Vesicol Burn Pit Superfund site. 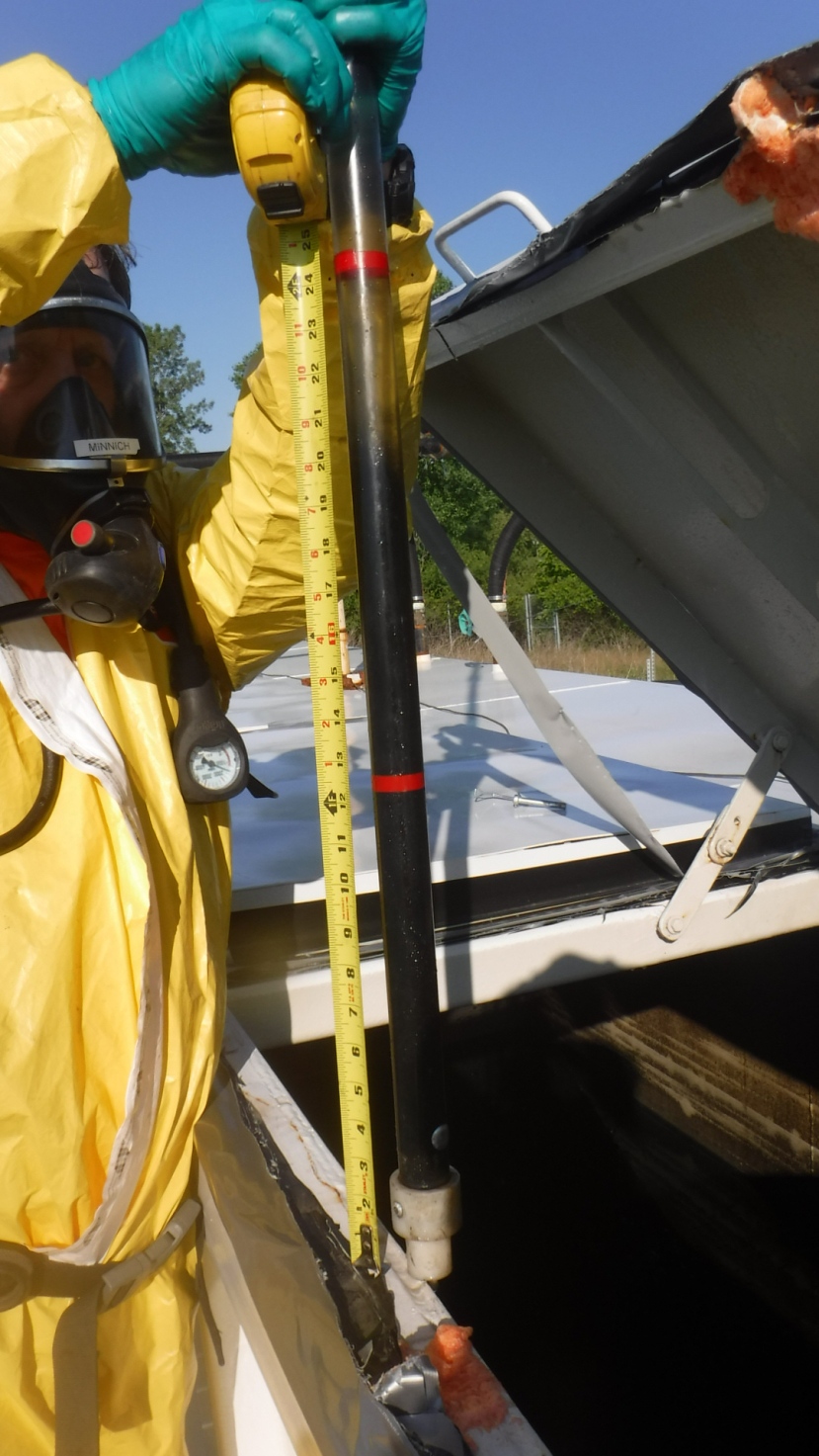